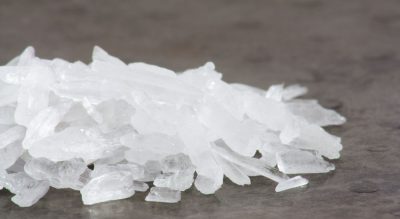 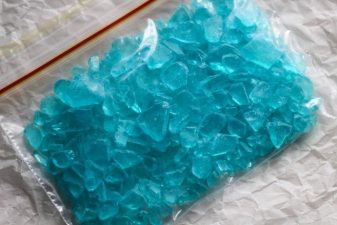 It is a powerful, addictive stimulant that affects the central nervous system. A synthetic drug, methamphetamine is related chemically to amphetamine. It is a white, odorless, bitter-tasting crystalline powder that easily dissolves in
water or alcohol.
However, pure methamphetamine (hydrochloride) in the smokable form of the drug is called “L.A.” because of its clear chunky crystals.

What Are Its Effects?

Methamphetamine affects the central nervous system. It is a neurotoxin that negatively affects both dopamine and serotonin-containing neurons in the brain. Users may suffer potential cardiac and neurological damage after prolonged use. At the onset, it increases heart rate and blood pressure, decreases appetite, increases respiration, hyperthermia, and creates a sense of euphoria.
Prolonged use can cause other, more severe, central nervous system disorders that include irritability, insomnia, confusion, tremors, anxiety, extreme anorexia, paranoia, aggressiveness and violent behavior, auditory and visual hallucinations, respiratory problems, irregular heartbeat, and convulsions. Ultimately, its use can cause stroke, cardiovascular collapse, and death.

How Is It Used?

Methamphetamine can be orally ingested, snorted, smoked, or injected. The drug alters mood in different ways, depending on how it is taken, immediately after injecting or smoking methamphetamine, the user experiences a “rush” or “flash” that lasts for a few minutes and is often described as extremely pleasurable.

This “rush” usually occurs within 5 to 10 seconds after dosing. Snorting or ingesting orally produces euphoria – a high, but not as intense as a “rush”. Snorting produces its effects within 3 to 5 minutes while ingesting usually takes about 15 to 20 minutes to feel the effects. The effects can often last 6 to 8 hours